What is Do Din?

Do Din was inaugurated last year as a “two day techno-arts event” which aimed to bring together diverse individuals and groups working with urban data. We think of data as an artefact, i.e. data has to be produced by someone or something. Another idea, closely related to data, is memory. By data and memory we mean not just the massive digital databases that are definitive of our age, but also the physical archives and the very memories of people. These two ideas, of data and memory are at the core of Do Din.

The objective of Do Din therefore is to provide a platform where people can collaborate and work on data, a platform where that precious data emerging from lived experience can be brought to the fore and given its due privilege, a platform where we can start talking about preserving and enriching the archive that is the city.

Do Din 2013, brought together artists, scholars, hacktivists, planners, activists and generally individuals and groups interested in the city, or specific aspects of the city. The workshops and discussions revolved around the broad themes of Water & Waste, Mobility & Safety, Municipal Accountability, Heritage & Memory. There were screenings of a curated set of short films and documentaries representing a wide array of urban experiences. There were also exhibits, including a neighbourhood history of Mallepally, Hyderabad and curated art installations that represented diverse themes like nature and the city, identity, and mass media manipulation. The resulting encounters have resulted in sustained collaboration between some, but it has instilled a feeling of solidarity among this multitude working in different fields. This solidarity is anchored by the very idea of the city.

This year too, in Do Din 2014, we plan to have a diverse range of activities such as: workshops, discussions and curated exhibitions. Carrying forward the themes introduced last year, we also wish to pay greater attention this year to new themes such as gender and space, housing and the informal economy.

The aim is not to produce an event that will assault a participant with information through lectures, but to create a space where the event can be collaboratively produced by all the participants. Ultimately, Do Din is an attempt at creating communities of new urban practice. Communities for collaboratively solving problems, learning, and also simply to see the city from another’s perspective.

This is a chance for you to catch the sessions you might have missed, and an opportunity for those who missed Do Din altogether to get a glimpse of what happened there.

Confirmed participants for Do Din 2014! Click on the tabs to browse. Aditya Mopur is a Hyderabad-based professional photographer. He is a co-founder of Fotogenesis. 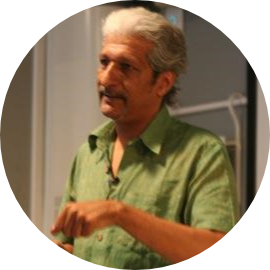 Arvind Lodaya trained in Industrial Design, but his work spans virtually every design discipline. He consults with industry, NGOs and research groups, and has taught at various institutes of design in India. He has been involved in several startups, including an environmental NGO, a strategic design consultancy and a design business incubator. 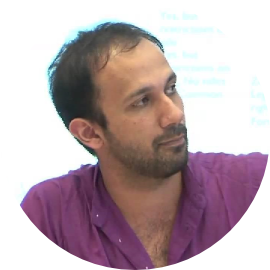 Gautam Bhan is a Senior Consultant at the Indian Insitute for Human Settlements. He works on the politics of poverty, inequality and development in Indian cities with a focus on housing, social security, governance and urban and planning theory. He co-anchors on-going research at IIHS on “Reframing Urban Inclusion.” Most recently, he co-authored Swept off the Map: Surviving Eviction and Resettlement in Delhi as well as several journal articles. 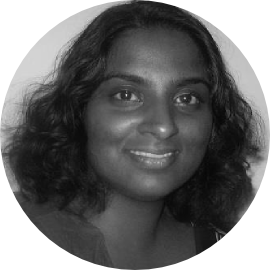 Nisha is currently working as Lead Organizer of a new organization called Datameet, which is a community of people working towards open data by sharing experiences and helping others with data related problems. Datameet is hosting meetups and Open Data Camps around the India to promote dialogue about the use of data for civic purposes. Nisha moved to India in 2010 and worked with the India Water Portal to open up water data and worked with partners on the ground to improve the use and management of data. She also co-wrote a report on Open Government Data in India with the Centre for Internet and Society located in Bangalore. Previously she has worked with the Sunlight Foundation, in the United States, as social media and community organizer. 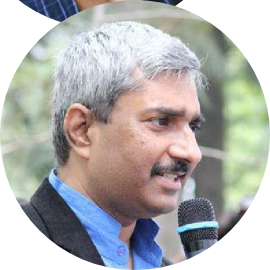 Srinivas Murthy is an architect who has worked in New Delhi and Hyderabad. He is a founder of the Hyderabad Architecture Foundation which strives to promote awareness of the contribution of architecture and community design to the quality of life and to inspire people to become thoughtful of the world around them and bring about a better public understanding and involvement. He is also the President of Architecture and Design Foundation India. 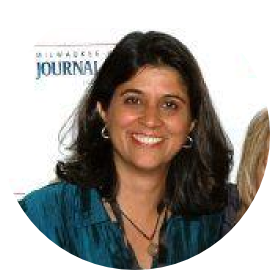 “I strive to make meaningful films that celebrate the artistic nature of the medium and address important social issues, serving as a catalyst for discussion.”

Lajwanti Waghray is a documentary film director, producer, writer and cinematographer. Her past work includes Sleepovers (2012) and Changing the Conversation: America’s Gun Violence Epidemic (2009). She is presently working on a project titled Searching for Sparrows which is a documentary, in pre-production stage, to address the issue of disappearance of sparrows as a consequence of urbanization in Hyderabad, India. “I believe that every experience is a story. It has a beginning and an ending. It has emotional highs and lows. It’s up to us as designers how we write and narrate these stories in a way that make people happy. Happy people make a great society.”

Rajib Ghosh is a designer who is presently Head of Design at DLabs. He has always been in startup environments. He founded Studio Aum, a User Experience Design firm, and as part of that worked for Citibank, GroupOn India, EA, etc. Rajib was also Director of Design at reQall Inc., one of the first cross-platform, voice enabled memory apps. He is passionate about leveraging Design Thinking and HCD to solve tough problems and improve quality of life. 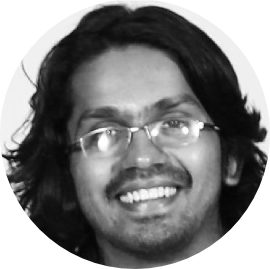 Arvind Unni is an urban planner and activist working with YUVA, Mumbai. 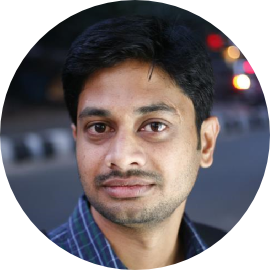 Harsha Vadlamani is an independent photographer based out of Hyderabad. He is also the founder and curator of Galli Magazine (http://galli.in), an online space showcasing visual storytelling from India. P.S.Ray is a reputed biologist at IISER-Kolkata. He is also a dedicated human rights activist and has never backed away in the face of establishment pressure tactics. “There is this idea of cities as ‘taking over’, this is called the process of urbanization. But urbanization is actually a much more interactive process. It is as much about ruralization as it is about urbanization.”

Prasad Shetty is an urbanist and founding member of the Collective Research Initiatives Trust (CRIT), an organization involved with research and practice on urbanism. He also works with the Mumbai Metropolitan Region – Environment Improvement and Heritage Conservation Society and teaches at the Rachana Sansad’s Academy of Architecture in Mumbai. Meera Baindur is Assistant Professor at the Department of Philosophy and Humanities at Manipal University. She has had formal training in environmental journalism with CEE-MSD and regularly contributes to newspapers and magazines on environmental issues. Vageeshan Harathi is an assistant professor of Political Sciences at NALSAR University. He is a writer and a translator. He has translated works of Mahatma Jyotiba Phule And Dr. B.R. Ambedkar and Critical look at Telangana. Dr. Kinnera Murthy has a Doctorate in Corporate Strategy from University of Poona, MBA from Osmania University and BSc from BITS, Pilani. She was the dean of Administrative Staff College of India unti 2012. Dr Kinnera Murthy has over 3 decades of rich and varied experience in management consulting and training senior level executives. 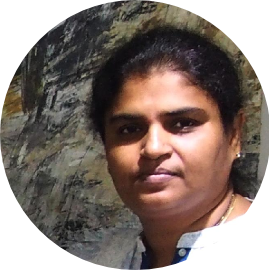 Avani Rao Gandra acquired her Ph. D. ( Contemporary Andhra Painting) from Osmania University. She has worked as an art critic for Indian Express and  contributed articles to magazines like Marg, Art India, Art Deal Indian Art Journal. She is a recipient of the ATSA fellowship from Goethe Zentrum and British Council. She is also the founder of ICONART Contemporary Art Gallery). From 2009 to present, she has conducted around 70 art shows and workshops and curated 27 Art shows on painting, printmaking, sculpture, new media and installations. She started the ICONART Artist in Residency in 2011, providing studio space for artists to work and participate in workshops. As an artist and photographer, she has participated in solo and group shows. Avani lives and works in Hyderabad. He acquired hi MFA in Creative painting from Sir J J School of art and his BFA in Painting from M M K College of Fine Art, Gulbarga. He was lecturer of painting at S.V college of fine arts and currently visiting faculty at NIFT. He has conducted many workshops and participated in solo and group shows. He has won the “Hyderabad Art Society” Award and Master Dinanth Mangeskar Prize Annual Exhibition at SIR J J School of Art, Mumbai. Born in 1980, Nirmala Biluka is currently pursuing her Ph. D at EFL University, Hyderabad. She completed  M.F.A (Painting) from M. S. University of  Baroda in 2005 and B.F.A from JNTU, Hyderabad in 2002. She held her first solo show at Studio Napean, Mumbai in 2008 and has participated in several group shows and art camps in India and abroad.

She was granted the Junior research fellowship, UGC NET in 2006. In 2003, she achieved the University Gold Medal during her Graduation. She also received the Hyderabad Art Society award and Telugu University Scholarship in 2004. Debayan Deb is an urban and regional planner and an in house researcher at HUL. He has a keen interest in accessibility modeling, cutting-edge sustainable transport concepts like Land-Use Transport Integration (LUTI), public participation through the use of Planning Support Systems (PSS), Land Value Capture (LVC) mechanisms and hedonic modeling. He acquired his M.F.A (Printmaking) from Kala Bhavan, Visva-Bharati,  Santiniketan, 2011-2013 and B.F.A (Painting)  from J.N.T.U. (College of fine arts), Hyderabad, Andhra Pradesh – 2007-2011. He won the (Camlin) Annual Art Award from JNA & FAU, Hyderabad in 2011. He has participated in various group shows and workshops. Held solo show at ICONART Gallery in 2014. He is visiting faculty at Central university for MFA printing making (graphic Dept). Francesco Obino is a researcher with the Chintan Environmental Research and Action Group. K. Laxmi works with the Association for Regional and Tribal Development in Visakhapatnam. She conducts extensive fieldwork with slum communities in more than 20 areas of Vizag city. K. Jyotirmai works with the Association for Regional and Tribal Development in Visakhapatnam. She conducts extensive fieldwork with slum communities in more than 20 areas of Vizag city. Yugandhar Reddy is an experienced Telugu-language journalist working in Visakhapatnam. He has worked with Andhra Prabha and Sakshi. He has also extensively worked with activist groups in Vizag and with tribal communities in the surrounding areas of the city. Ratnam Janapareddy has had a long career as a freelance journalist and has worked with various activist groups and social welfare organizations in Visakhapatnam. He is also the publisher and editor of a Telugu monthly magazine called Green Climate.

Get in touch with us